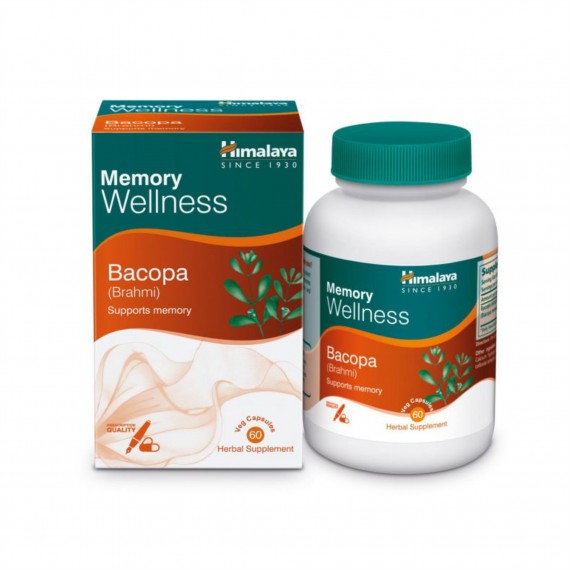 Originally called Brahmi, meaning sacred, holy and divine, today Bacopa is considered to be one of the most impressive adaptogens known, empowering clarity of thought and peace of mind. Researchers have proposed a myriad of possible actions for Bacopa including mental alertness, cognitive support, antioxidant activity and mood supporting properties. Bacopa promotes verbal learning, memory and retention.

Bacopa is a nervine tonic that enhances learning, academic performance and improves mental ability. It acts as an anti-anxiety agent and is used in several mental disorders. It also calms restlessness in children. It is used as a nootropic, a drug that enhances cognitive ability.

Scholars at the University of Wollongong in Australia conducted double-blind, placebo-controlled studies on Bacopa, showing positive effect on brain functions. Another study found that Bacopa is beneficial for memory retention.

The plant, a small creeping herb with numerous branches, is found in marshy areas near streams and ponds throughout India especially in the North Eastern regions. It is found at elevations from sea level to altitudes of 4,400 feet.

The herb contains the alkaloids brahmine, herpestine along with saponins, monnierin and hersaponin. Bacosides A and B possess hemolytic activity. Hersaponin is reported to have cardiotonic and sedative properties. These constituents work synergistically to render the herb its pharmacological constituents.

Memory enhancement: Bacopa has a significant positive effect on the retention of new information. It can elevate the level of cerebral glutamic acid and temporarily increase the gamma-aminobutyric acid (GABA) level in the brain. It is believed that the endogenous increase in brain glutamine may be helpful in the learning process.

One capsule twice daily after food.

Note: Since Himalaya’s Pure Herbs are in capsule form, some children below 14 years may find it difficult to swallow them. For this reason, Pure Herbs are recommended for children ages 14 and above