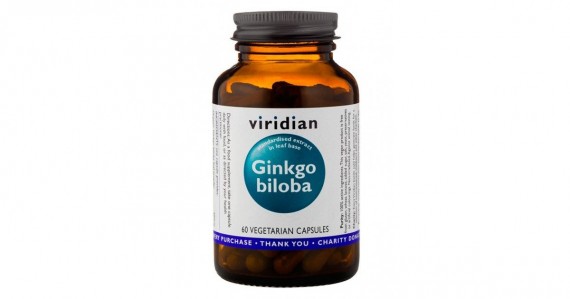 Memory Enhancement & Brain Health: Ginkgo improves blood flow to the brain, and helps to protect nerve cells against degenerative damage. It helps to combat the symptoms of Alzheimer's, Parkinson's, dementia and memory loss.

Vascular Health: Ginkgo biloba enhances circulation and improves the tone of the blood vessels; it also works to prevent blod vessel constriction and spasms, and to prevent the formation of blod clots. It can even help to lower the risk of stroke.

Antidepressant: Ginkgo also helps to improve and balance the mood; it is especially beneficial to elderly people and those with cerebral vascular insufficiency (poor blood flow to the brain).

Anti-Allergenic: Ginkgo helps to inhibit a stimulator in the body known as Platelet-Activating Factor (PAF), which plays a part in many inflammatory and allergic reactions.

Men's Sexual Health: By improving blood flow, Ginkgo can help to improve the symptoms of impotence.

Antioxidant: Oxidative stress has been known to cause vitiligo (depigmented patches of skin). Ginkgo biloba extract has antioxidant and immuno-modulatory properties, making it a safe and effective effective remedy for the symptoms of vitiligo.

As a food supplement, take 1 to 3 capsules daily